I’ve now let a few months pass since the last August status. I’m sorry about that as I have been very busy with XWiki SAS activities as well as conferences including CryptPad talks.

I use this occasion to post the links to the different talks we had to present CryptPad and our goals:

We have also been busy preparing some other funding opportunities for CryptPad which we believe can help bring more development to the project. Rest assured we are hard at work to make it happen. By the way, if you are an independent developer in Europe and you would like to be funded to work on a CryptPad project, contact us, we could have an opportunity for you.

Also I wanted to announce that in addition to the NGI Award “Privacy and Trust Enhanding Technologies” received last month for CryptPad, XWiki SAS has now also received an award at the Paris Open Source Summit from the CNLL (Conseil National du Logiciel Libre). This award “Enterprise Award for an Open and Ethical Digital” (Prix de l’Entreprise pour un numérique ouvert et éthique), recognizes XWiki SAS’ involvement in sustainable free software development for the last 15 years. This of course includes our involvement in CryptPad and working hard to bring this free software solution to life and sustain its development. We are very proud of it and are committed to honor this award in the future.

Again we are grateful for our donators and subscribers as well as to all that relay our communications about the CryptPad crowdfunding campaign.

In the last three months we have received 1000 Euros from subscriptions and donations. this number has been growing in particular since we have launched yearly payments for subscriptions.

We have now exceeded 4000 Euros in funding for CryptPad since the beginning, including 1000 Euros of donations. This funding comes from 65 different sources from 19 different countries. 26 donators are coming through Open Collective. 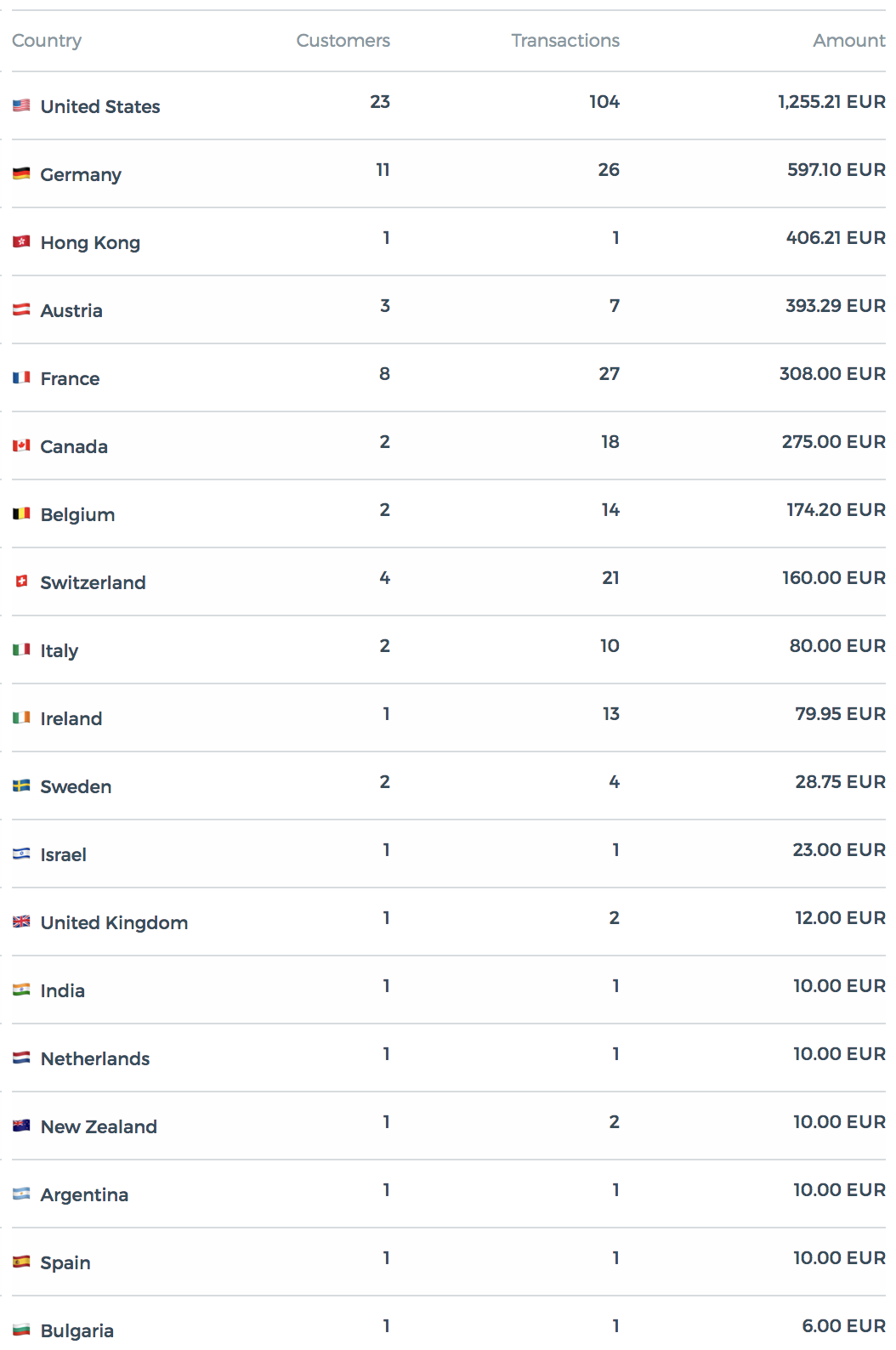 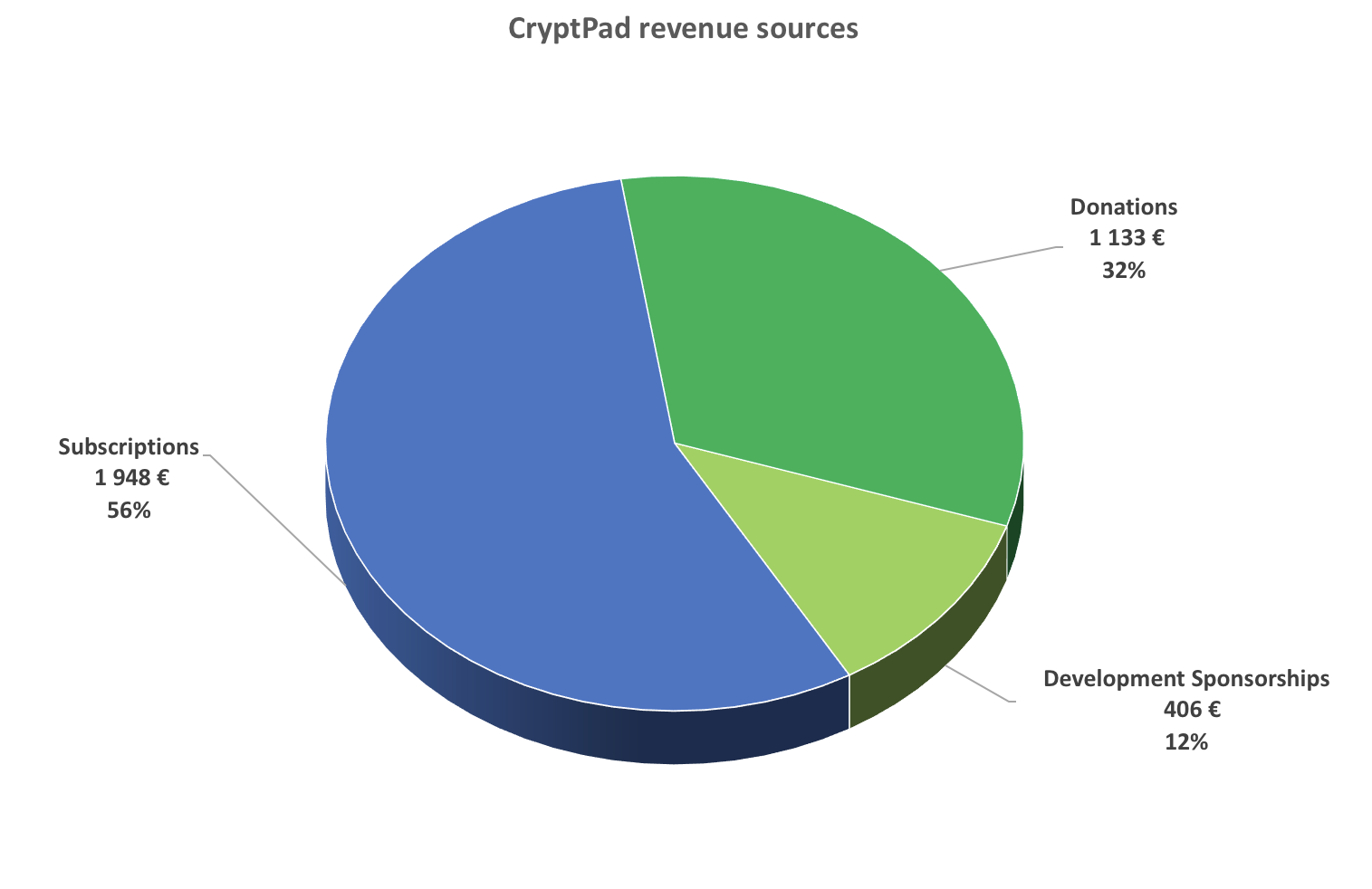 While this cannot yet fund our two developers we are happy that the funding is progressing. We hope to continue to grow subscriptions and donators and have between 6k and 10k Euros by the end of the OpenPAAS NG project which currently funds us. Progressively we are getting close to secure funding for the project.

Now we need more help ! First we need to be able to sustain our team, but also we need to be able to expand, especially if we want to have Open Source software in the Zero-Knowledge space. Proprietary closed source software providing some form of Zero-Knowledge will probably start growing with extensive funding. If we want independent free-software alternatives for this type of software, then we need to group our effort and fund open source solutions like CryptPad. We have ambitious objectives for CryptPad and we cannot achieve these with only two developers.

Since the launch of the campaign we have also published a roadmap for CryptPad of what we would like to achieve with the funding. It’s also available on the OpenCollective web site. Come check it out and see our ambitious objectives for this project. We are already making progress on this roadmap.

Aaron and Yann, our CryptPad developers, have released the shared folders feature, one of the most demanded feature. We have also worked on improving the reliability of the synchronization engine (chainpad).

To finish, I’d like to give progress on CryptPad’s usage. We are now reaching close to 200 instances of CryptPad running around the world, and the official cryptpad.fr instance is growing regularly. We have seen a surge in the last weeks, maybe related to the conferences, and we have now more than 1000 drive users, and 6000 pad visitors per week. The activity has almost doubled in 4 month. 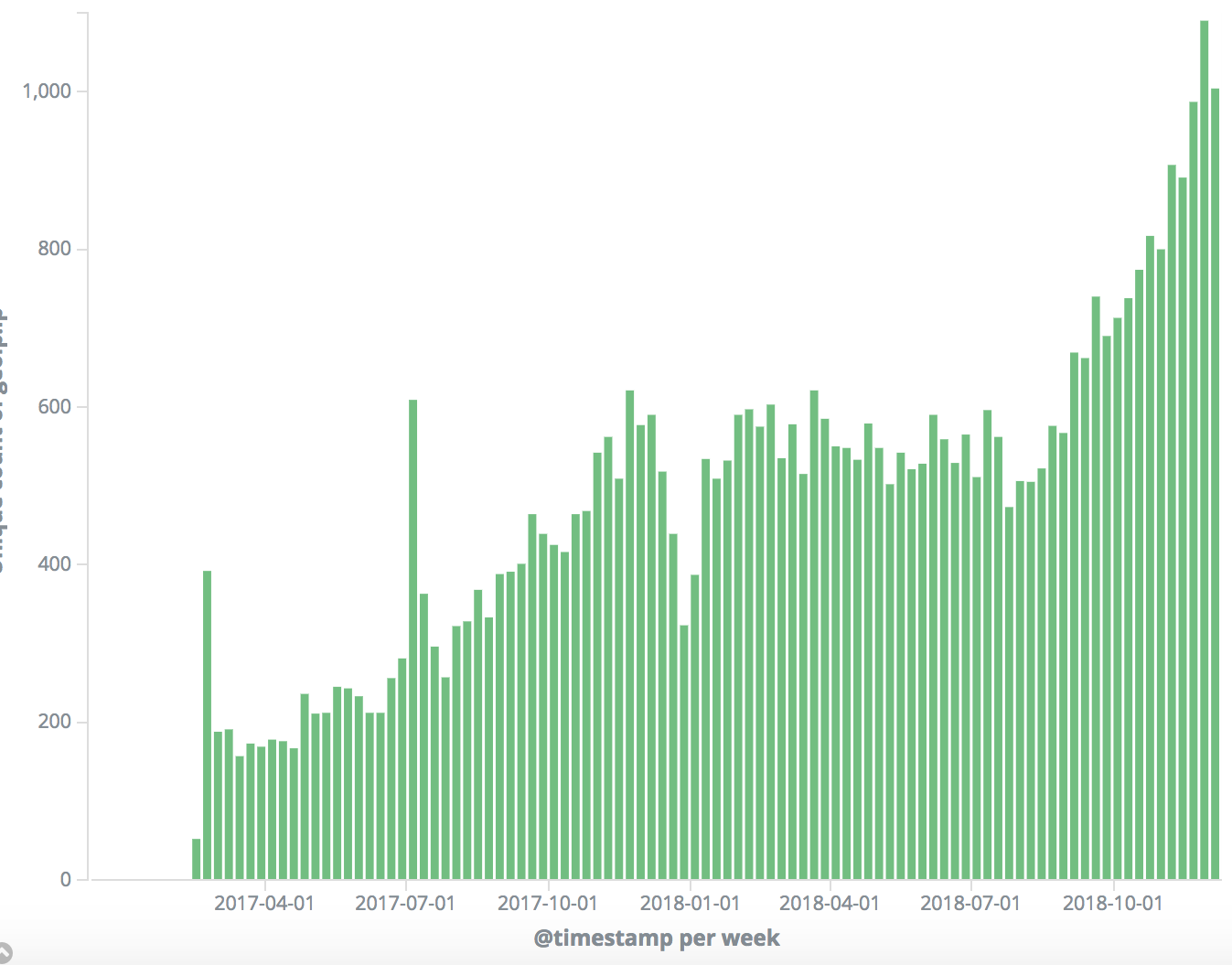 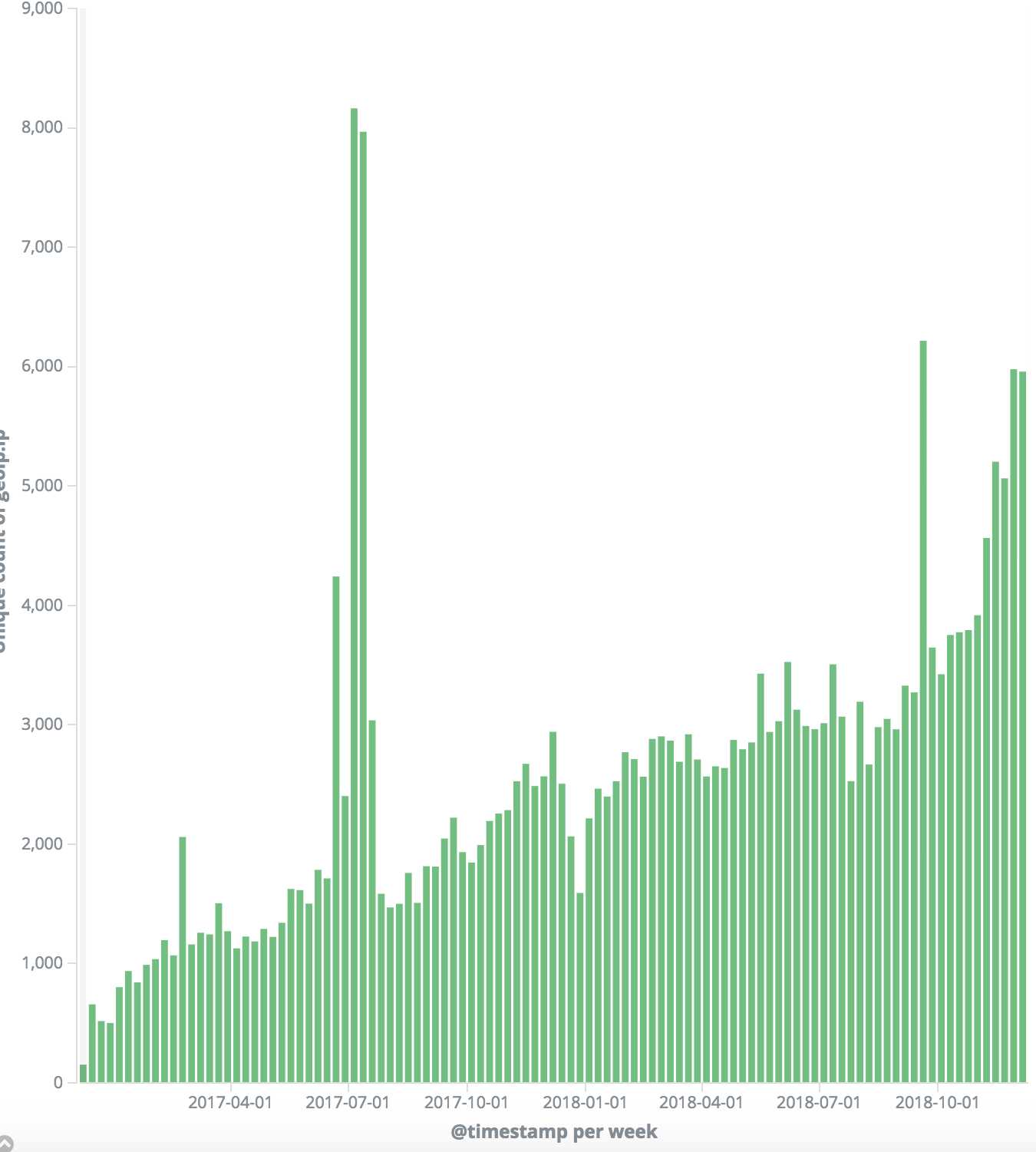 Try CryptPad, love it, take care of it, and even better come help !