October 2021 status: A pitch and a farewell

This month we released CryptPad 4.12 with some much anticipated new applications.

On the first day of the month we took part in the DAPSI Pitch Day. All of the funded projects gave updates on their progress. We were in very good company alongside Delta Chat, postmarketOS, and many more. All projects were succesful in moving to phase 2. 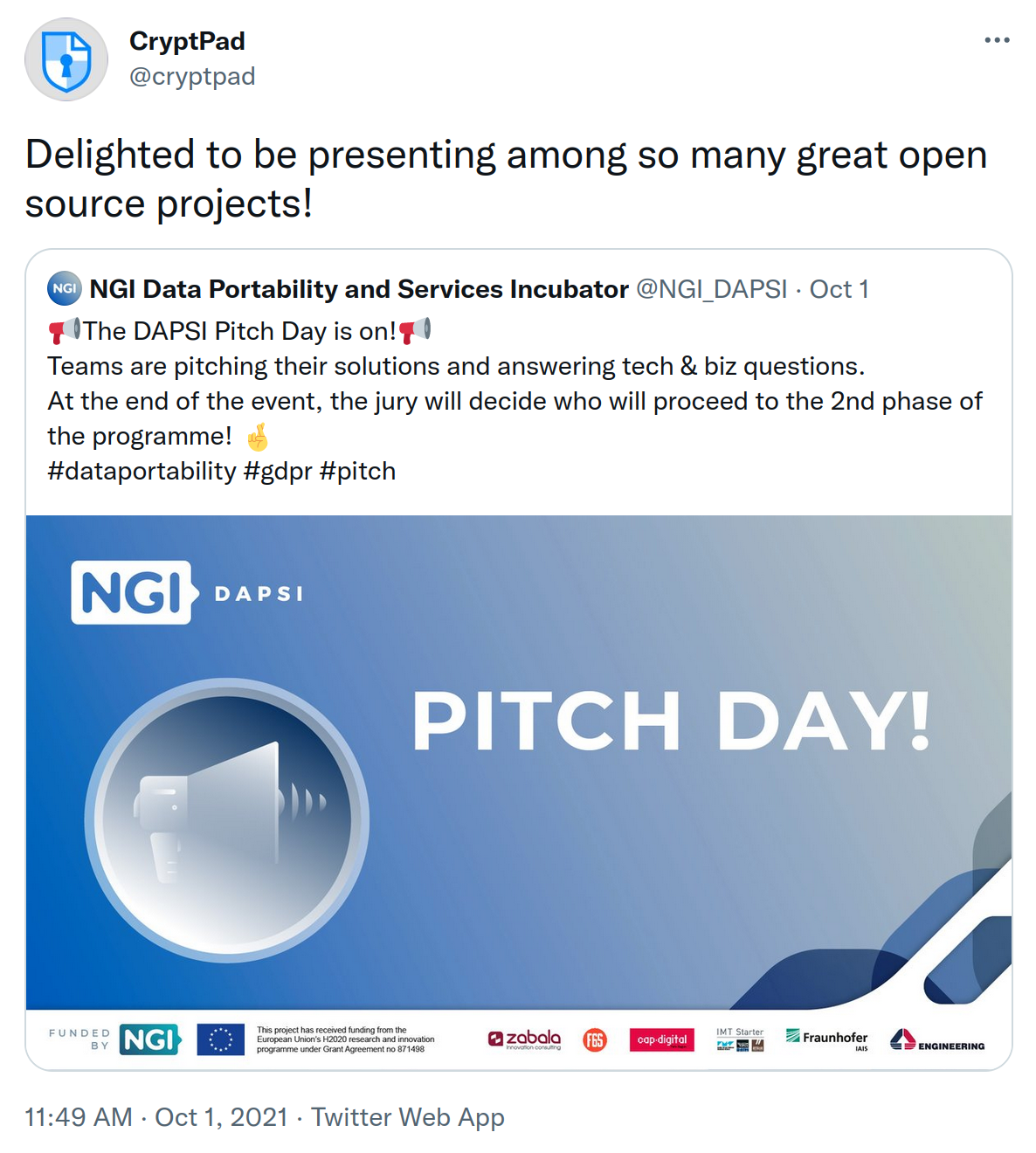 We were happy to present the progress on INTEROFFICE, our project to improve the import/export of popular office formats to/from CryptPad. Most of the technical work on Web Assembly converters is done. This means all conversions happen in the browser (rather that on the server like in most other tools) and we can do this without seeing any of the content that is being converted.

Part of the project is to release this work as open-source packages so other projects can benefit from this work. We are planning to do this in December once the libraries have been thoroughly tested on CryptPad. 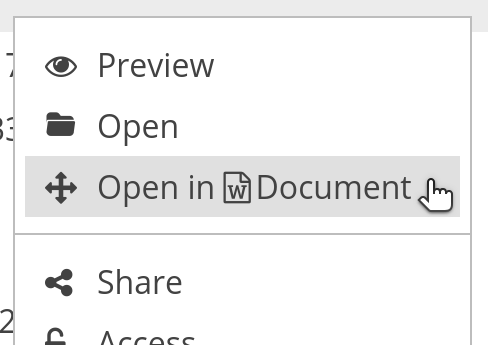 CryptPad users will benefit too, with new functionality becoming available on the platform. Files in popular formats such as .docx, .xlsx, .pptx, .odt, .ods, and .odp are no longer being treated only as static files once they are uploaded to CryptPad. A new menu item called "Open in ..." makes them editable in the corresponding application. Which brings us to:

We have long been planning to add OnlyOffice's Document and Presentation applications to CryptPad, completing the suite that started with Spreadsheet in 2019. The improved inter-operability we built with INTEROFFICE makes this a good time to finally release these applications, to make the most our of the new imports and exports. As part of the 4.12 release we launched these new apps as "early access", which means only subscribers on cryptpad.fr can create new documents and they are available on other instances if administrators opt-in. We wrote about this in more detail in our last post. 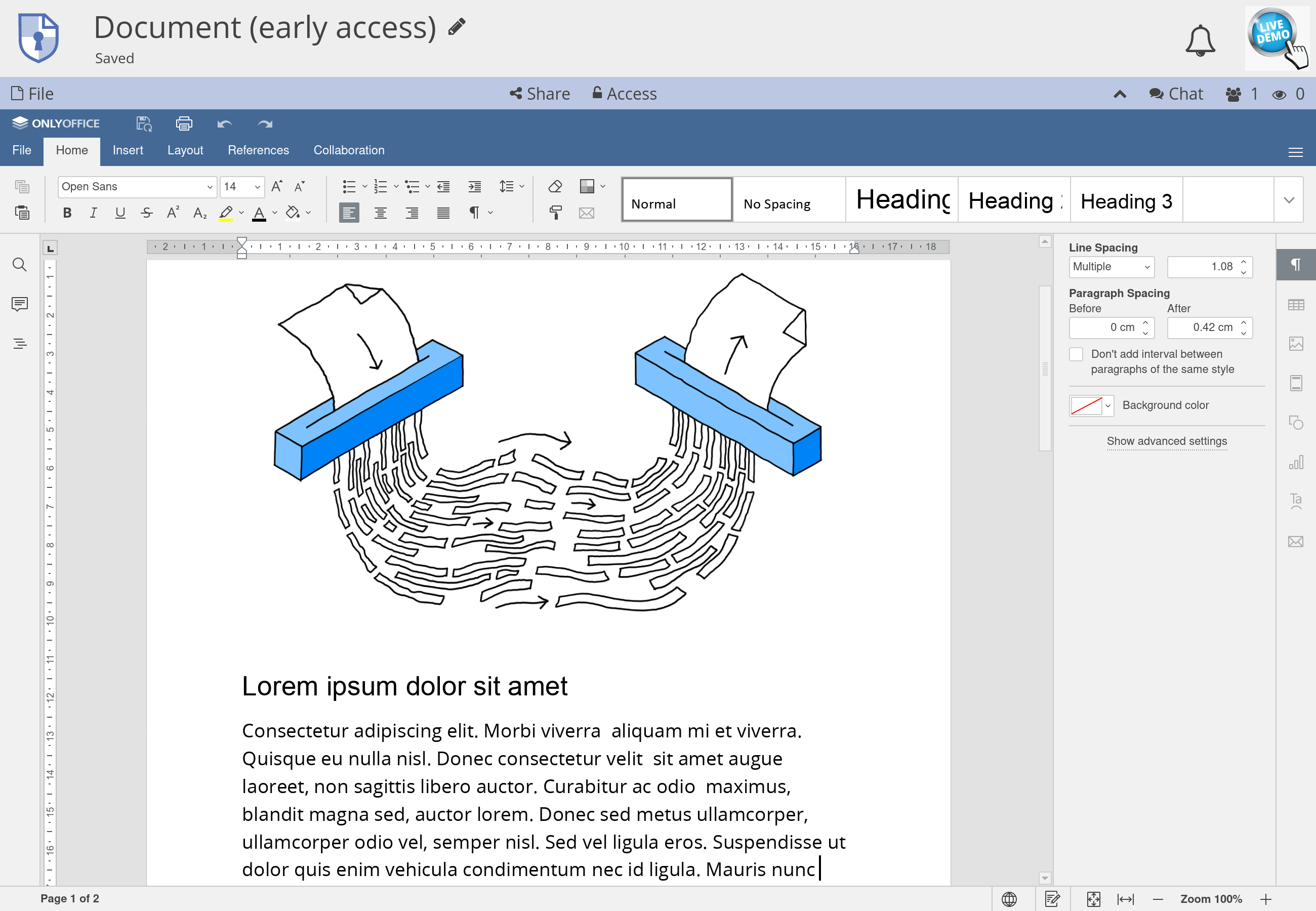 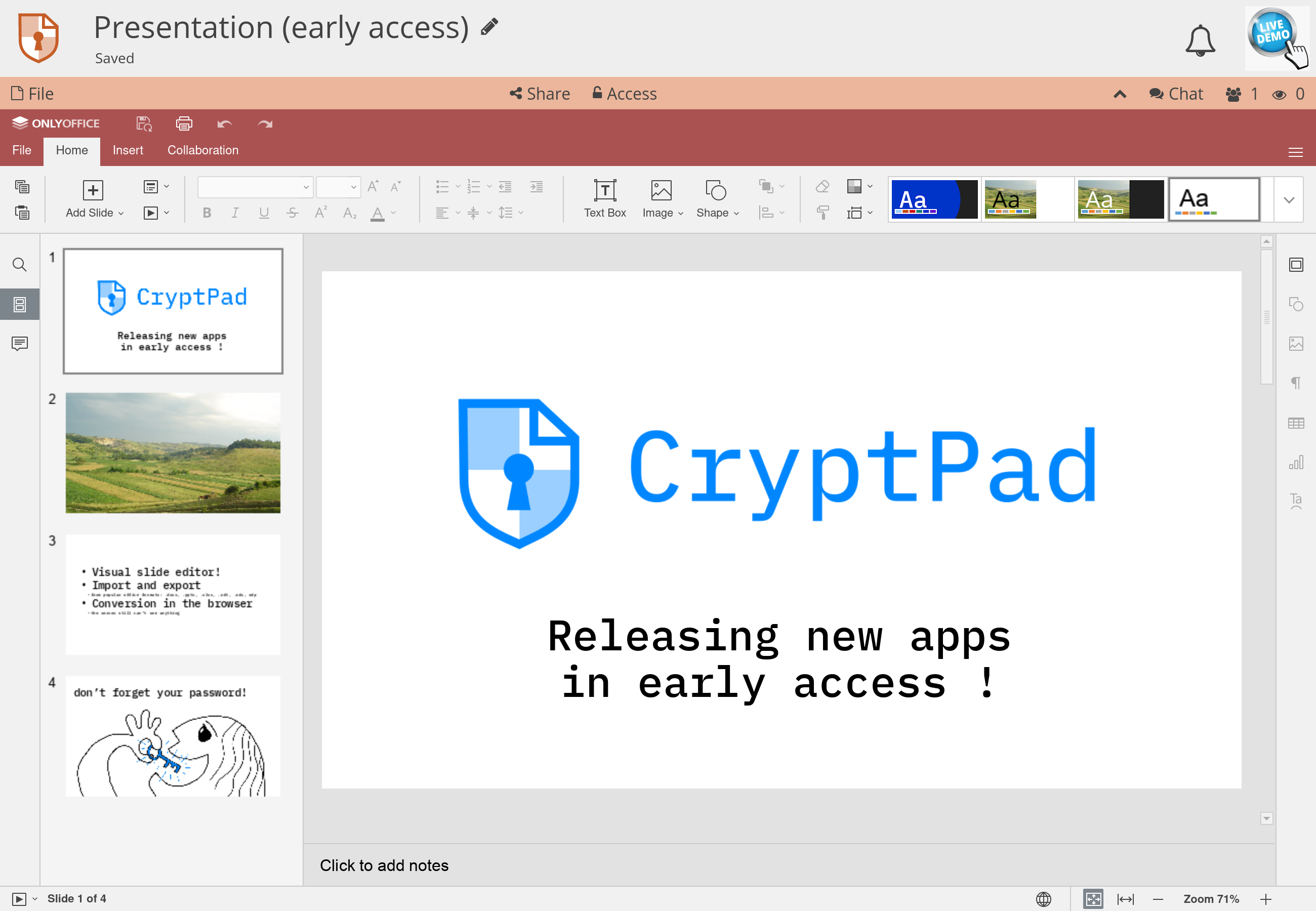 This launch made us reconsider our current release schedule. We may revisit this in the near future and move towards a slower pace where each release would have bigger changes. This would potentially come with a more readable naming scheme as well, perhaps taking a leaf out of Canonical's playbook where Ubuntu releases are time-stamped rather than numbered. We will come back to this, likely in the new year, and write about any changes here.

NGI0 PET coming to an end

This month marks the end of the NGI0 Privacy Enhancing Technologies program (previously known as NLnet PET), that will wrap up on October 31st. CryptPad has benefited a lot from this funding, with 3 projects over 3 years. To name but a few, these are some of the major features that were made possible through this support:

We are very thankful for this ongoing support. NGI0 created an approachable way for development teams like ours to access funds from the European Commission, creating real impact with minimal red tape. The fund was established by NLnet with financial support from the European Commission's Next Generation Internet programme, under the aegis of DG Communications Networks, Content and Technology under grant agreement No 825310.

This concludes this month's updates. Next up for the team is some thorough testing of the new applications and fixing any issues that get reported by early-access testers. Besides this we will be continuing with work on INTEROFFICE towards the project conclusion in January 2022.